3 Abilities of a Leader

We help individuals to emphasize, define, and ideate a more authentic approach that aligns with those workers and communities on the frontlines for social change. 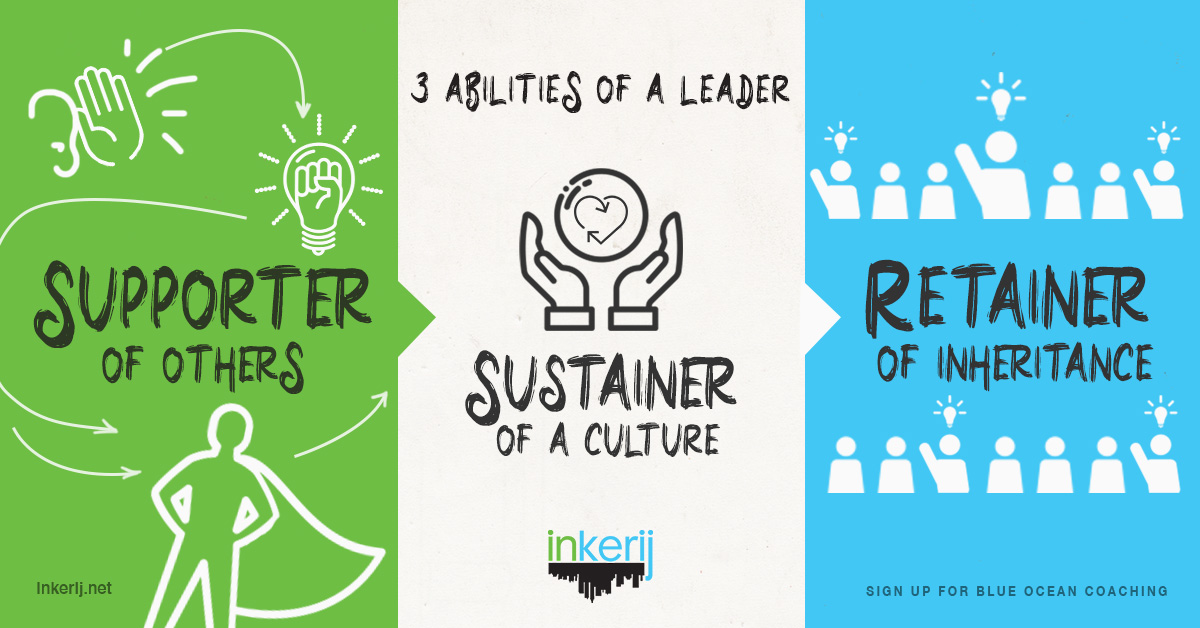 As mentioned on Instagram, these are only 3 of various abilities a leader should understand and grow into. These Abilities are qualities where one’s influence is stored and utilized for present and future efforts.

The first of the three is being a Supporter. This is where an individual not only defines but converts his/her ability into meaningful actions. A keen supporter can empower and encourage team members by recognising a member’s efforts and giving them any necessary support needed that will provide innate motivation and further their organizational involvement.

Most leaders create their own place of operation, but there are those who have been hired and/or inherited an existing operation. In the situation of inheritance, here is when one’s ability to perform is tested. Hopefully after an 100-day assessment, he/she has proficiently observed the organization’s culture, staff, and any external support systems needed to Sustain its efforts. The objective should be not only to sustain its good-existence and efficient working parts, but to also grow the inheritance, continue to sustain the business, and empower the effectiveness of its working parts.

Before explaining the third ability, let’s discuss the source of the post’s insight. In 2014, I inherited the platform I.L.M. (Intellect-Love-Mercy) Foundation whose basic mission is…”Teaching Life Skills to Replace Social Ills”. Its platform has 3 impactful working parts: advocacy for the homeless, community organizing, and youth diversion in South Los Angeles. When I became the executive director I was supported by I.L.M. Foundation’s founders and trained by the previous executive director. The objective of this role is to maintain the foundation’s relevance and legacy so its efforts would not be squandered and forgotten, which its history is a crucial factor for African Muslims in South Los Angeles.

The experience enhanced my “Will and Ability” to effectively serve and to be mindful of these essential abilities. Making it possible to Support I.L.M. Foundation’s existing infrastructure, Sustain the programming, and Retain the foundation’s trust of its cast, network, and community partners it has built prior to my appointment. Mindfully practicing the acronym’s meaning (Intellect-Love-Mercy) as a mental app which has led to significant accomplishments while helping to keep the founders’ legacy alive and effective.

It was an amazing morning and we all gained so much through the experience.